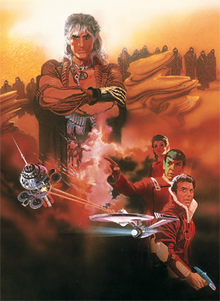 For over half a century, Star Trek has grappled with the ethics of augmenting human ability, from the Original Series’ Khan Noonien Singh to Deep Space Nine’s Julian Bashir to Strange New Worlds’ Una Chin-Riley.

In today’s world, these issues are very much on the minds of scientists, investors, and philosophers. We already can enhance ourselves – with hearing aids, glasses, artificial hearts –  beyond anything our ancestors could have imagined, and huge breakthroughs are expected soon.

Will we create supermen like Khan, or will we scapegoat people outside the norm like Bashir and Chin-Riley? Even now, enormous sums are being poured into technologies we’ve barely begun to grapple with, ethically, politically, or socially.

According to the industry site airswift.com, investment in human augmentation ran to 90 billion dollars in 2020, and is expected to increase to 400 billion within five years.

“Human augmentation” includes everything from advanced prostheses that are “better” than the limbs and organs they replace, to brain-computer interfaces such as Elon Musk’s Neuralink, and attempts to slow or reverse biological aging.

Before very long, we could be immortal cyborgs – or at least Elon Musk could be. The social consequences will be immense. Already in the United States, the political leadership is the oldest it’s ever been.

In the Star Trek world, active lifespans of 130 are possible: will we really want to be governed by people who’ve been in power for a century, whose view of the world was formed four, even five generations back?

In high-ranked universities, students routinely use cognitive enhancing drugs, giving them even further advantages over most of us. Add on a brain-machine interface connected to advanced AI, and the graduates of MIT and Oxford may soon have incalculable advantages over everyone else.

Star Trek’s universe looked at the cost of biotechnological superhumans, fought wars over them, and turned away with a revulsion that lasted centuries. Innocents, like a young Julian Bashir, have been victimized, but their society determined that’s a price worth paying for equality under the skin.

If the alternative is immortal plutocrats and ancient politicians, might it be a fair price to pay?

Thankfully, many, representing a broad range of views, have begun to address these issues in a serious way. There’s a partial bibliography below, including opinions ranging from social conservatives to idealistic technologists. Take a look, and decide what kind of a future you want to see.

The United Federation Starfleet News Blog is written by our members and is published weekly. Join in the discussion! Engage with us on Discord at: discord.io/ufstarfleet

Giubilini, Alberto, and Minerva, Francesca. “Enhancing Equality.” The Journal of Medicine and Philosophy: A Forum for Bioethics and Philosophy of Medicine, Volume 44, Issue 3, June 2019, Pages 335–354. https://www.practicalethics.ox.ac.uk/files/enhancingequalitypdf

Hughes, Neil. “Human 2.0 and the future of human augmentation.” https://cybernews.com/editorial/human-2-0-and-the-future-of-human-augmentation/

McKie, Robin (2016). “No death and an enhanced life: Is the future transhuman?” https://www.theguardian.com/technology/2018/may/06/no-death-and-an-enhanced-life-is-the-future-transhuman