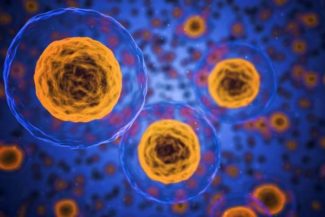 Recently a new and fascinating area of cancer research has evolved, and it has been reported in more news articles. It is called CAR T-Cell Immunotherapy.

This new and emerging therapy falls under the category of adoptive cell transfer or ACT, which is an immunotherapy, in which T cells are given to help the body fight off cancers.

Recently the use of Car T-Cell therapy has been used in small clinical trials with people who have advanced blood cancers and due to the impressive response, it has begun to capture the attention of researchers and the public.

Scientists draw blood from a patient, separate out the T-cell, then a deactivated virus is used to create receptors on the surface called chimeric antigen receptors, or CARs.  Carl June, M.D., of the University of Pennsylvania Abramson Cancer Center, says that these are “synthetic molecules, they don’t exist naturally.” These receptors allow the T cells to notice and latch onto a particular protein or antigen  on tumor cells. Then these created cells are increased into the millions and infused back into the patient’s body.

Steven A. Rosenberg, M.D., Ph.D. Chief of the Surgery Branch, Senior Investigator and Head, Tumor Immunology Section of the National Cancer Institute says of Car T- Cell therapies:
“In the next few years, I think we’re going to see dramatic progress and push the boundaries of what many people thought was possible with these adoptive cell transfer-based treatments.”

The thought that we are scientifically advanced enough to be able to look at using the body’s natural immune response to eradicate such an invasive plague that has haunted humanity for so many centuries is a dream that seemed far into the future. Almost Star Trek-ish. Beverly Crusher where is your tricorder?