Originally Named for Admiral Peedy Thor. The Sovereign Class ship is assigned to protect and serve United Federation Starfleet. With a dual assignment of both exploration and defence, The ship is available to serve a multitude of needs for the Federation.

USS Thor and it’s crew are on a ‘protect and serve’ mission in the deepest parts of the Delta Quadrant, championing the Federation’s philosophy and ideals under the motto ‘For Those That Came Before’

The team journeys to the Beacon, using a runabout. They are instructed to deposit the merchandise in one of the cargo bays whilst one of the team meets with a “representative” on the promenade. After doing as they have been told, the rest then spend some time looking around, trying to find some clues about the mysterious Mangus and the location of their missing officer. They find themselves in the bar, where Heath overhears something that sounds like it could be an illegal arms deal.

Williams goes to the rendezvous and finds the “representative” to be Mangus herself. Displaying the same dismissive attitude, she hands over another datapad, claiming that it holds the location of the missing Captain and departs. Williams summons the crew back to the runabout, eager to unlock what the pad contains.

--------------
I reported to the Conference Room in preparation for our mission to get the XO back! It looked like we were going to be paying a visit to Charon's Beacon. A pit of crime, grime and those who don't pay their time. All of us had felt the absence of the XO these past couple of weeks, and it just didn't sit well with any of us that we didn't have more certainty as to her state. But one way or another, we were going to find out.

The Chief, who has been doing an excellent job running the crew in the XO's absence, brought everyone up to speed. The Science teams have managed to condense the narcotics powder into one solid brick, making it useless to Mangus' crew and thanks to Engineering, the headsets are equally useless. This meant that we had everything ready to pull our own trap to get the XO back.

We would be travelling to the Beacon in an unmarked runabout from Pinastri, but first we would need to change out of our Starfleet uniforms to ensure we didn't bring any unnecessary attention to ourselves. After the briefing, we all headed down to our quarters to change.

After a little giggle to how everyone looked, we made our way onto the runabout. It was tight and cosy in there, but there was enough room for everyone. Commander Williams took point with MCaptain Cyprian at the helm. The rest of us provided support from the other consoles. 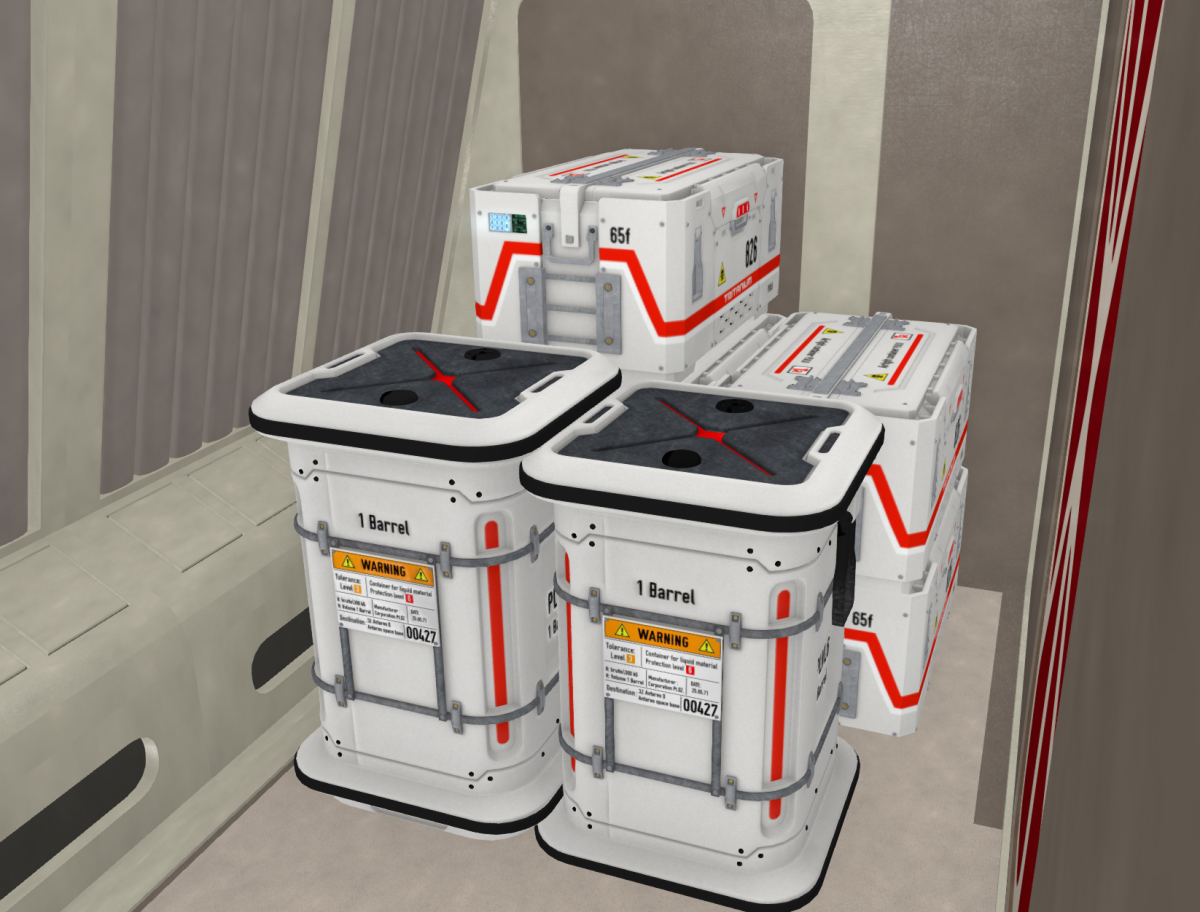 Once McGan's contraband cargo had been loaded onto the runabout, we got underway for the Beacon. The Chief went over the plan once more and instructed us to call each other by our own names; there was no rank and no "Sirs" where we were going. Just outside of transporter range, MCaptain Cyprian found us a great spot to dump a trail of the cargo. This was all part of our great insurance plan, to ensure we avoided Mangus' trap. As we arrived, we provided a quick sweep of scans to ensure nobody was alarmed to our presence. Seeing nothing on sensors, the Chief gave the order for Ensign Lancetti to dump the cargo into space using the transporter. After the dump, we proceeded to the Beacon at warp factor 5. As soon as we dropped out of war, we were hailed by a rather rude Flight Ops officer. The Chief went through the usual procedure and our request to dock was granted. 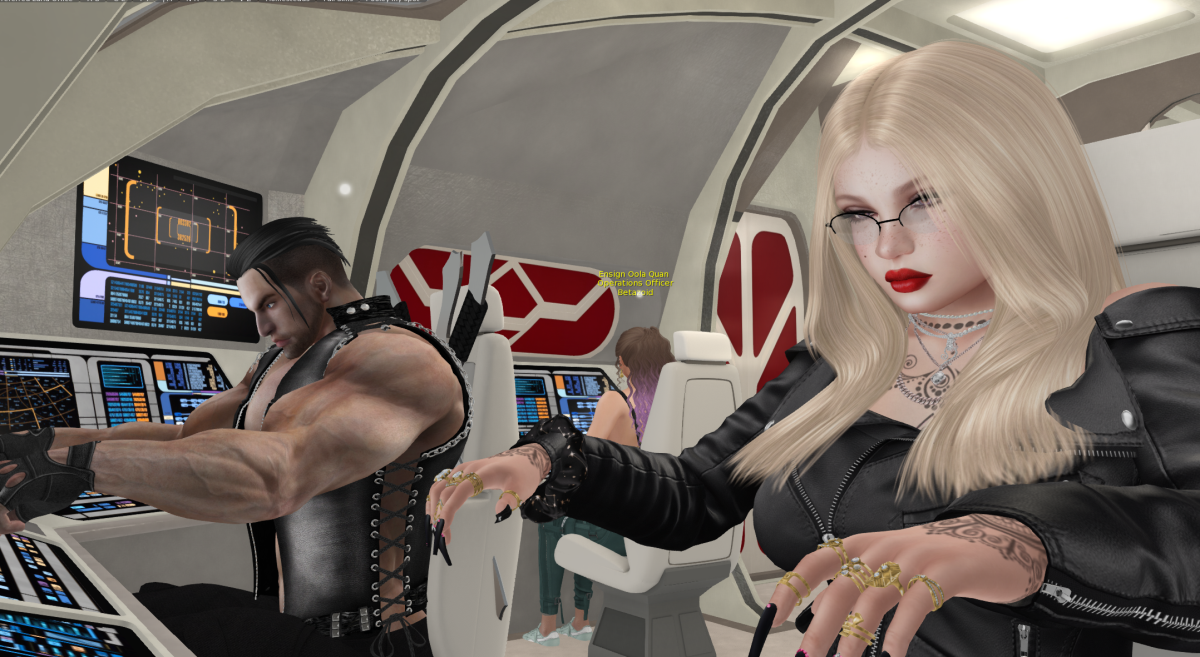 After a successful docking at area D24, the Chief went over some ground rules: we were to go nowhere alone, and would need to be on high alert. If anything were to go wrong, we had to report back to the runabout and then get out of there as fast as possible. We agreed.

The docking area of the Beacon was as expected; smelly, unruly and filthy - and that was just the Dock Master! We stepped through Security and waited for our orders. The Dock Master called over Commander Williams to collect a PADD. It seems that Mangus had been expecting us. Her orders were for the Commander to meet with her alone. After some protest from the crew, the Chief decided to comply with the request. In the meantime, we were to unload the rest of the cargo we hadn't dumped into Mangus' cargo bay. We made our way to the cargo bay in question and began to unload the cargo. Cameras were trained on our every move. If you set that and the smell apart, the one thing the Beacon had for it was the view. As soon as we were done with the cargo, we decided to split the team into two and begin to explore the Beacon and perhaps find out something we don't know about the XO's situation. Ensign Quan and Lancetti were with me, whilst Ensign Fitzhugh went with MCaptain Cyprian. Ensign Quan's Betazoid natural telepathic ability was put to good use as we scoured the decks of the Beacon. Our first stop was the bar, naturally it had the most people in it. We ordered drinks and took a seat. This gave Oola an opportunity to keep her telepathic sense actively looking for someone who might know something. She really tried to find anything on the XO, but she reported that nothing was speaking to her. She theorised that the XO must have been unconscious and the only way she'd hear something is if somebody thought about her. After a little while, we decided to move into the Casino. There was a small group gathered by the window, so I made my way over there, pretending to be ridiculously drunk. I staggered, stumbled and slurred my words, trying to find anything out about Mangus and his black market operation on the Beacon. They did provide me with some information that the market can be found on the lower decks of the Beacon. So that was our next stop. By this point, MCaptain Cyprian and Ensign Fitzhugh had joined us in the bar. We made our way to the deck the group of criminals had directed us to: Deck 13. Unfortunately, when we arrived, there was nothing there. Empty. I had been well and truly swindled. I don't know why I was so surprised, they must have smelt the Starfleet on me straight away. Despite the small failure, we persisted to check each and every floor. We found an array of different things, including a whole deck dedicated to growing "Death Berries". Luckily for them, we weren't in Federation space. After some time we were about to give up, when Ensign Quan picked up a strange thought. The XO is either in water or going to be put in water. This was very concerning to hear.

At that moment, the Chief hailed me. We were to report back to the runabout as he had managed to get co-ordinates from Mangus. We were happy to hear it, but we had to rush. We headed for the docking bay to finally find the XO and bring her home safely. 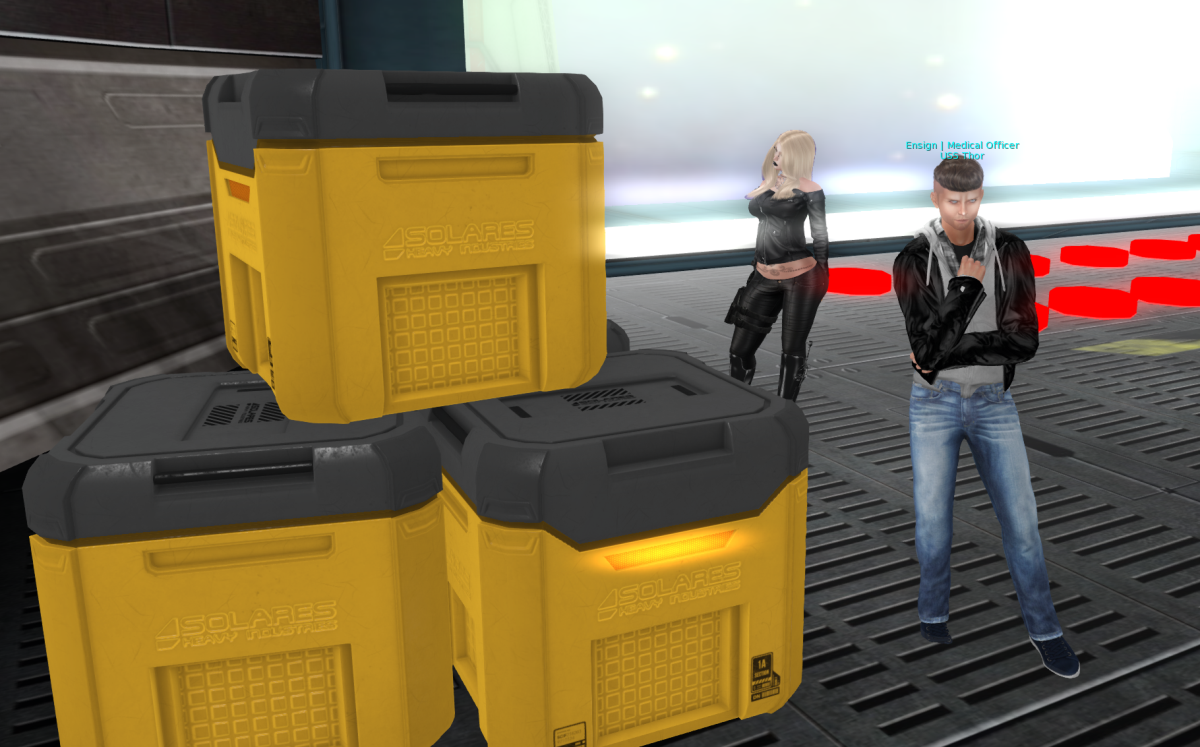 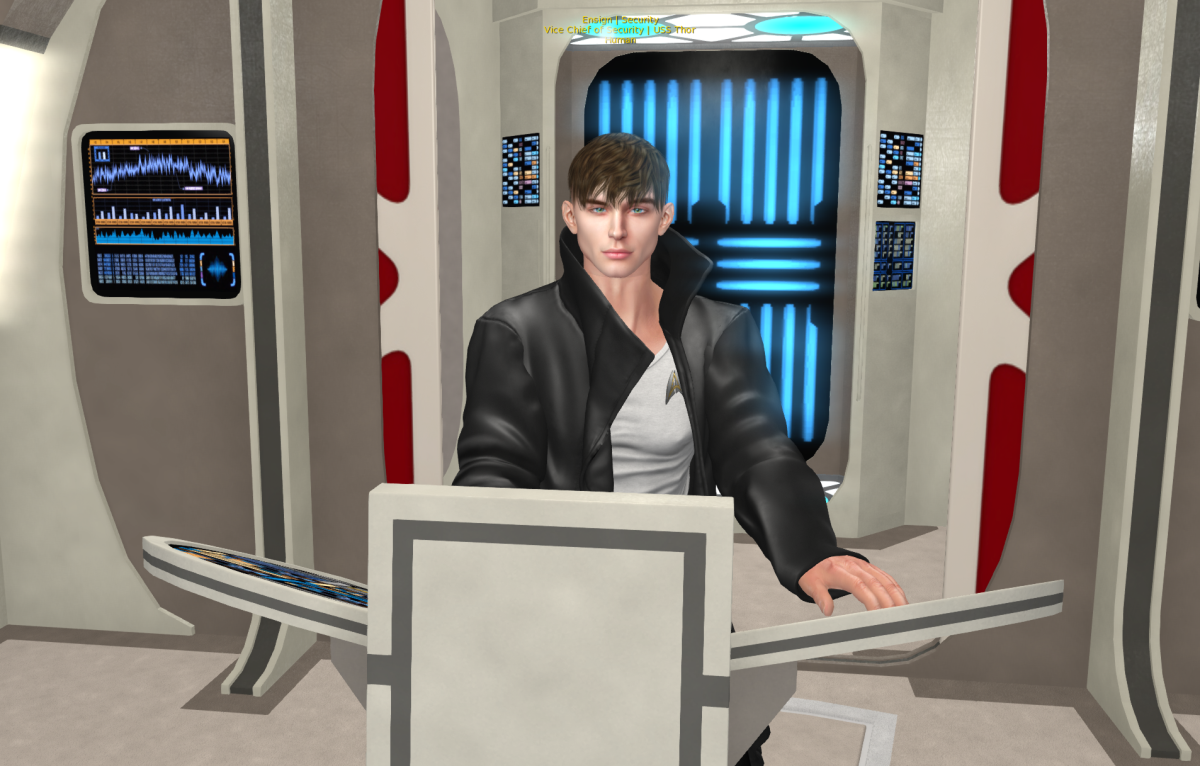 Chief of Staff to the Chief of UF Starfleet Communications

Issues with your Service Jacket, Ranks, Database Updates? Email the Personnel Team at personnel@ufstarfleet.org or via the UFS Discord Support Center.

For membership questions, help with knowing who to contact for a question, or for orienting you through the UFS maze. Contact the Membership Team at membership@ufstarfleet.org or via the UFS Discord Support Center.

Issues with anything else? Or website feedback? Let us know by contacting us at UFStarfleet Support or via the UFS Discord Support Center.

How to join the UFS Discord? Click on the link at the top of the page! You have to be logged in to see it!

Powered by phpBB™ • Design by PlanetStyles