December is a good month for gift giving. It’s also a good month to read many guides to the best gifts, written by people you don’t know. So here’s a guide written by someone you do know, with probably a standard disclaimer: UFS doesn’t endorse any of this, UFS doesn’t make a profit on any of it, and if you don’t follow the instructions and you get hurt, don’t come crying to UFS. Just kidding on the last one, because I know that everyone here is smart. Also, you can buy many of these things at places other than Amazon. 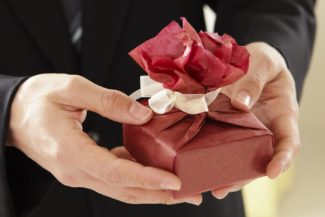 First item, Bluetooth Wireless Earbuds. I have a set that I bought back in 2018 that still works great. These are a different brand name, but they only cost $24.99, rather than the price of hundreds of dollars like some of the name brand models. They have a 4.7 out of 5 review score from 232,776 reviewers. That’s the power of Amazon – if that many people review something and it has a score that’s high, then you will probably like it too.

Next is a Bug Catching Tool. I bought this last year to catch spiders gently and release them outside to eat bugs. Some people just squish spiders (that makes marks on your walls), and others are too afraid to even approach them, so this is a good alternative. Hint: Leave the slider closed when not in use or it will not close properly after a while. Score is 4.7/5 from 3798 reviewers.

The third item is a Dimmable LED desk lamp. This is also different from the one I bought back in 2015. It’s a lot better! No mechanical switches, just a gentle touch on the body of the lamp controls it. Protip: always try to set your lamp in the position you want it and then don’t move it much after that. Plastic sliding on plastic eventually binds up and breaks, at least in my experience. This one’s score is also 4.7/5 from 9915 reviewers.

Next up, a Glass Nail File. Metal nail files usually have a Coarse and a Fine side to them, but sometimes even the fine side is not fine enough. These glass files are just excellent for smoothing down the rough edges. Don’t drop these on a hard surface though, because they could break. Score is once again 4.7/5 from 20,138 reviewers.

The fifth item is an Ultraviolet Flashlight. I have cats, and they have accidents that make the house smell not so nice, so I bought a bottle of Angry Orange Odor Eliminator and it came with this little UV flashlight. UV comes in handy for locating the source of the smell. I have 3 of them, but they don’t seem all that bright. This little light is much better than the last one I bought, which has 72 UV LEDs but they are all pretty dim. It’s only rated 4.1 out of 5 by 2502 reviewers.

Item number six is a USB Hub. My ancient USB Hub was starting to fail, to the point where it told me that the last item I plugged in was not recognized… over and over and over again. I’ve had several Hubs, and they all seem to fail after a few years. I ordered this one because it had a whopping 175,420 ratings with a score of 4.6/5.

The seventh and final gift suggestion is a USB Transfer Cable. I built a new computer and gave the old one to my wife, and I was trying to figure out the best way of transferring files from the old hard disk to the new one. She clued me in about this transfer device. You install a piece of software on both PCs, plug one USB plug into each PC, and then you can start moving files. It’s simple and cheap and solves a big problem. 5279 reviewers rated it 4.3 on a scale of 5.

We all probably use items like these in our daily lives. You can buy these as gifts for your loved ones and still have money in your pocket when you’re done. You might do like we do in my house and ask the other person “What do you want for Christmas?” If you are asked that question, just whip out this list and give it to the other person. Or, if you don’t get what you want and it makes you sad, buy yourself a gift from this list and be happy! 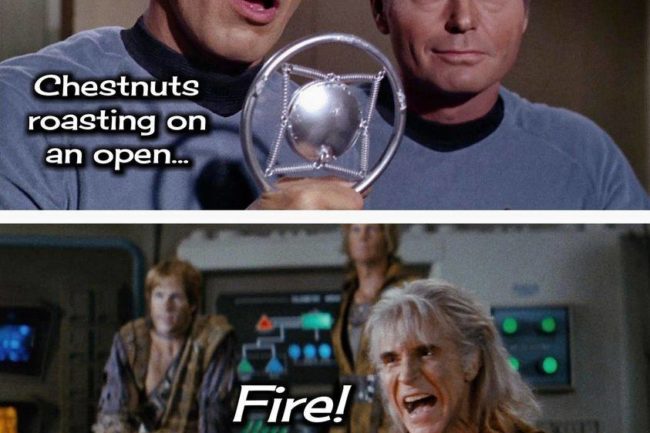