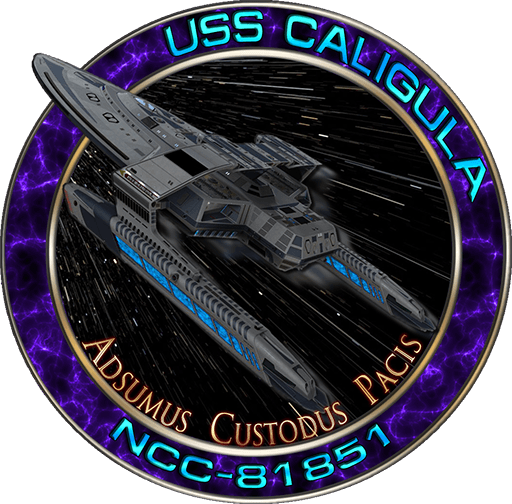 I Assume Custody of the Peace

The USS Caligula (NCC-81851) is a Merian Class exploration vessel/light cruiser for the purpose of treaty enforcement, neutral zone border patrol, fleet operations support, diplomatic missions, and dispatches from HQ to investigate, intercept, and intervene in disputes/violations/infractions within the Federation. Her mission is to represent Federation interests in the tumultuous reaches of the Delta Quadrant where the Breen Confederacy and the Dominion seek to advance their interests while adversaries of the Federation, including the Gorn, Tholians, Romulan Star Empire, Tzenkethi Coalition and the Kinshaya (the Typhon Pact) serve as antagonists to Federation initiatives and present a complicated, if not unclear, geopolitical, and economic future for UFS command.

The USS Caligula was made to be a fun, creative, and different outlet for those needing a Ship in a non-standard time slot. We shall be doing many different missions, from bridge-based, to peacekeeping negotiations and everything in between. Starting in a small ship, the crew will have direct creative input on how the events turn out, along with following a general story arc.