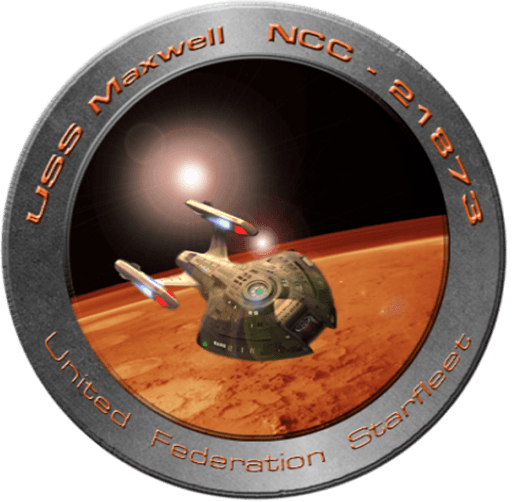 Ship of the Line Recognition of Excellence

Ship of the Line Recognition of Excellence

The USS Maxwell (NCC-21873) is named for James Clerk Maxwell, a famous 19th century physicist from Scotland on planet Earth who put together the classical theory of electromagnetism, and conceived the first mathematical description of the wave theory of light. Maxwell’s magnum opus on electromagnetism was published in February 1873.

The fifth-ever Nova-class starship ever built, she was laid down in 2368, completed and launched in 2369. After initial shakedown (and a six-month grounding in 2370 after the mysterious loss of the USS Equinox), she proceeded on a series of survey and exploration missions throughout the Alpha and Beta quadrants, gathering data on innumerable worlds, stars, stellar remnants and astrophysical phenomena. Assigned to Pinastri in 2392, she undertook further survey missions in the Delta Quadrant. She was mothballed in the Pinastri Bone Yard in 2406 after nearly 40 years of service to serve as a spare parts ship.

Following the loss of the Nova-class starship USS Meridian, the USS Maxwell was re-activated on Stardate 150215 from the Pinastri Bone Yard. Her current mission is to survey the Hapke Star Cluster, a largely unexplored open star cluster of some 10,000 stars. Her secondary mission is to field test an advanced, experimental sensor array developed at Utopia Planitia. Due to scheduling mismatches with her assignment schedule, the Maxwell was never refit, and carries her original major systems: power generation, propulsion, shields, and weapons.