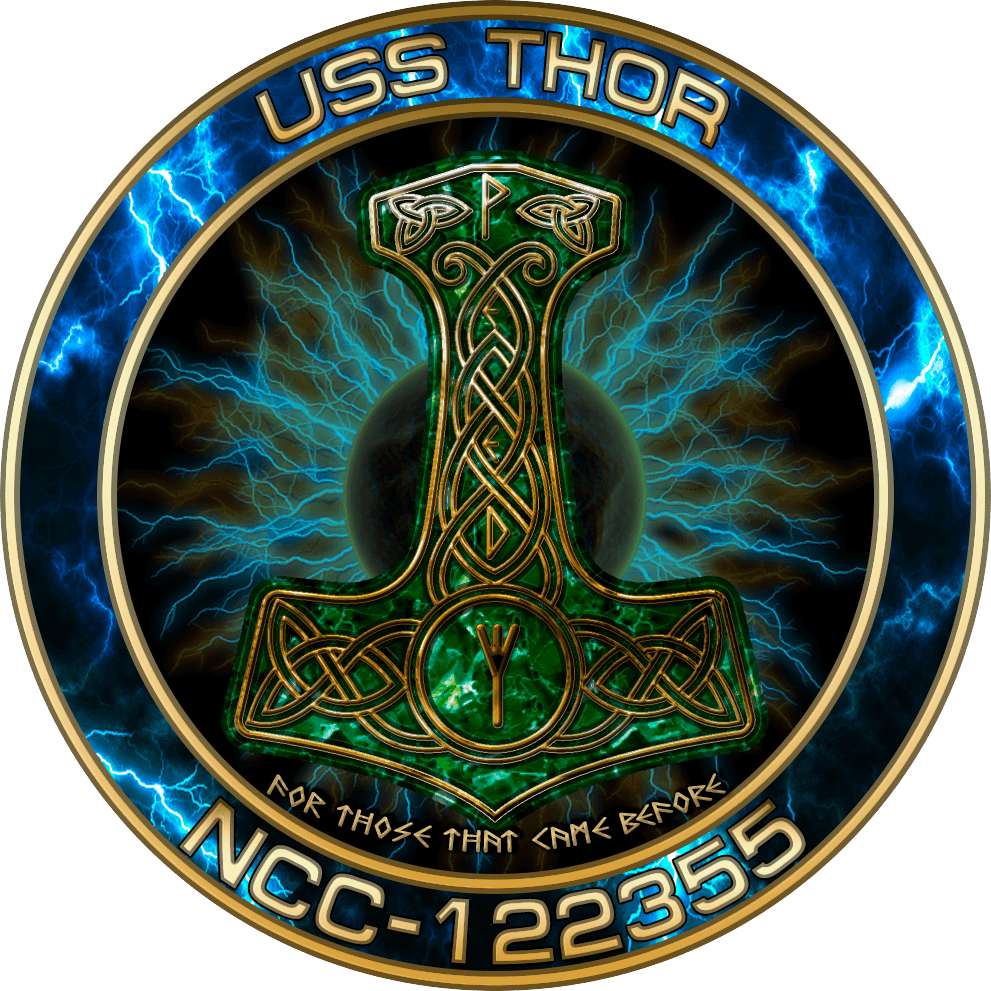 "For Those That Came Before"

The Ship is named after one of UFS’ more prominent members, the late Admiral Peedy Thor with the ships registry number being his date of birth.  We strive to continue his vision and drive to make a ship the crowning jewel of UFS. Admiral Peedy Thor, Gone but Never Forgotten.

The ship serves as a Sovereign class vessel, commissioned on stardate 201216.  However its adventure did not start here.  Before being assigned as a Ship the crew served on the SS Peedy Thor, which was put into commission on stardate 190425.

The Ship was sent on a classified mission into enemy territory to gather intelligence, however it was seemingly lost with all hands.  When found it was returned to Headquarters, it’s memory wiped and the mission itself deemed classified.

Now the USS Thor and it’s crew are on a ‘protect and serve’ mission in the deepest parts of the Delta Quadrant, championing the Federation’s philosophy and ideals under the motto ‘For Those That Came Before’.