So you want to live on Mars? 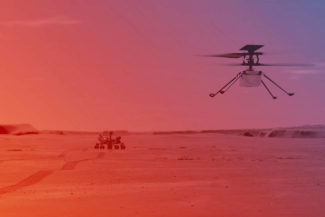 Why Mars?
Humans have long been speculating about living on Mars. The first fictional novels on the topic were written in the 1880s. The first of many mission plans to send humans to Mars was created by Werner Von Braun in 1952.

Why do we want to go to Mars?
-To explore strange new worlds. To boldly go where no one has gone before.
-To create a self-sustaining off-world colony in case life on Earth is extinguished by the Sweet Meteor of Death (or other catastrophe).
-To locate additional resources.

Mission Concept and Timeline
Elon Musk and SpaceX have developed a program to colonize Mars. Basically, this involves using the SpaceX Starship in robotic cargo flights to ferry equipment and supplies to Mars. Crewed flights would follow, and the crews would assemble a propellant plant on Mars to fuel the Starships for return to Earth. The crews would also build a base where they would live. Musk speculates that the first landing may take place as early as 2026.

The First Explorers
You’ve decided you’d like to fly to Mars and become part of the new population of Martians. What will the first explorers find when they get there?

Atmosphere
Atmospheric pressure on Mars is so low that without a pressure suit, any bodily fluids exposed to it would boil away and you would be dead within 90 seconds. The Martian atmosphere is made up of 95% carbon dioxide, 3% nitrogen, 1.6% argon, and 0.4% other gases, including about 0.16% oxygen. The thin atmosphere does not filter out ultraviolet sunlight, so any structures would need to be immune from UV damage, and sunburn through your helmet visor would be a danger. Martian living quarters will need to be pressurized, and humans working outside will need to be in full pressure suits.

Gravity
Gravity on the Martian surface is 38% that of Earth. We know that astronauts in free fall experience a multitude of health problems including loss of muscle and loss of bone minerals. We don’t know if Martian settlers will have the same problems.

Radiation
Because Mars does not have a liquid core as Earth does, it has a much weaker magnetic field around it. This allows a large amount of galactic cosmic rays and solar energetic particles to reach the surface. To avoid an increased risk of cancer, Martian colonists will need to limit their time on the surface and spend most of their lives inside shielded facilities.

Climate
The temperature on the Martian surface varies between about -125 °F (-87 °C) and 23 °F (-5 °C), so your pressure suit and living quarters must be constantly heated. The large temperature variations sometimes cause dust storms which can last for weeks. The storms block sunlight, so solar panel output and communication with Earth would be affected. There is very little water, except at the polar ice caps, so there are few clouds to block sunlight from solar panels. The soil on Mars contains chlorine and other toxic compounds. No known Earth-based plants or animals could survive on the Martian surface unprotected.

Martian Colony
After the colony has been created, you decide to fly to Mars and become one of the colonists. What will you find when you get there?

Habitat
You’ll be living in a facility shielded from galactic cosmic rays and solar energetic particles. This will be in a sealed lava tube, an underground bunker, or a surface building covered with ice or soil. You could be living inside a dome made of water ice or fungi, or both.

Power
Your power will come from small nuclear reactors, supplemented by solar panels and batteries. Because Mars is farther from the Sun, solar panels won’t generate as much electricity as they do on Earth. You may also be getting power from a solar power satellite beaming power down to a rectenna. This power source would be unaffected by dust storms or lack of sunlight during night time.

Air Supply
The air in your habitat could be a mixture of 40% argon, 40% nitrogen, and 20% oxygen. Part of your oxygen may be generated in a biodome, with plants growing in sterilized Martian soil. Another part of your oxygen can come from an oxygen generator such as the current Mars Oxygen In-Situ Resource Utilization Experiment (MOXIE). Oxygen can also be made using an Israeli project called HELIOS that extracts oxygen from the soil.

Water
Your supply of water will be carefully rationed and constantly recycled. Water will be extracted from frozen underground sources or from trace amounts in the air, transported from the Martian ice caps, or mined from shielded craters and canyons.

Food
Rare items such as beef jerky, dehydrated foods, freeze dried fruit, Nutella, Spam, and tortillas can be brought in on cargo rockets from Earth. These foods will need to have a five year shelf life. Other than those treats, your diet will be vegetarian. Locally grown foods could include algae, cabbage, carrots, corn, herbs, lettuce, peanuts, peppers, soybeans, sweet potatoes, and wheat. There is also talk of eating insects and laboratory-grown meat. The sunlight on Mars is very weak, so plants may be grown in tunnels lighted with LEDs. A recent study shows that a Martian colony of a million people could be self-sufficient in food within 100 years. But before that happened, they would need thousands of food cargo shipments.

Your Work Assignment
You may be working in a facility that produces rocket fuel. The process combines hydrogen and carbon dioxide to make methane and water. The water is then split into hydrogen and oxygen. The oxygen and methane then fuel a Methane-Oxygen rocket engine, and the hydrogen is reused. The rocket fuel can go into the SpaceX Starship, which returns to Earth and brings back more supplies to Mars. As more rocket fuel is produced, it could be used to power locally-constructed spaceships that go out to mine the asteroid belt.

Now that you’ve considered some of the realities of being an extraterrestrial on another planet… are you ready to live on Mars?

=^=SOURCES=^=
Colonization of Mars – Wikipedia
Could Future Homes on the Moon and Mars Be Made of Fungi? – NASA
First breathable air produced on another planet – cbc.ca
How Bad is the Radiation on Mars? – Universetoday.com
How Can We Live on Mars? – Universetoday.com
How to Feed a Mars Colony of 1 Million People – space.com
Israeli innovation will allow oxygen to be produced from Moon’s surface – The Jerusalem Post
List of crewed Mars mission plans – Wikipedia
Mars Exploration – NASA
Mars habitat – Wikipedia
Mars in Fiction – Wikipedia
Mars overview – NASA
Mars Oxygen In-Situ Resource Utilization Experiment – NASA
Mars Radiation Risk: How Would ‘The Martian’ Hero Fare? – Space.com
NASA makes breathable oxygen from thin air on Mars – cbc.ca
SpaceX Mars program – Wikipedia
The terrifying reality of actually living on Mars – CNET
What Would It Be Like to Live on Mars? – Space.com