SpaceX: Gamble or Sure Bet? 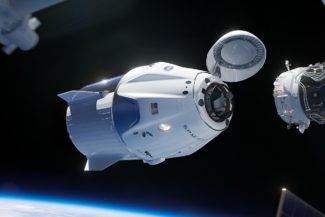 NASA was originally supposed to choose two private companies to fund for developing the next lunar lander. However, in a surprise move it has solely chosen SpaceX leaving others such as Blue Origin saying, “WTF?

While Jeff Bezos and other competitors might feel this is a slight against them, you have to consider a few factors. First and foremost, no one space agency has accomplished what SpaceX has done with the Crewed Dragon capsule and reusable rockets. Elon Musk set out to do the impossible and after nearly two decades has done just that. American Astronauts launched from American soil for the first time since 2011 and for the first time ever using a commercially created space vehicle. Just recently a second crewed mission successfully took astronauts to the International Space Station.

Elon Musk wowed us by being able to land his rockets on barges after they launched. Elon Musk further wowed us when he unveiled the Crewed Dragon capsule and those sleek space suits. Then he made history as the first commercial company to launch humans into space. Is it really that surprising SpaceX was chosen to land the next Americans and their partners on the moon?

Other factors contributed to their decision and one such decision was NASA receiving less funding from congress. Let’s face it, research and development is expensive. NASA is still betting on their Orion Capsule and Space Launch System and of course has plans for the lunar gateway space station. Other factors contributing to NASA’s decision include the fact that SpaceX’s funding request for development was lower than its competitors, also the rating factor for the company’s management and technical ability was the highest of the three companies.  Less money for a better managed and more technically adept partner, sounds like a no-brainer to me.

This award will support development of the Starship lunar lander, and include at least one un-crewed test flight to land on the lunar surface before NASA proceeds with a crewed mission. “We want to make sure that everything is checked out and everything is ready before putting NASA astronauts on the spacecraft,” said Lisa Watson-Morgan, NASA HLS program manager.

The two other companies that were passed over included Blue Origin and Dynamics. They have filed a lengthy protest with the Government Accountability Office. According to Bob Smith, Chief Executive of Blue Origin, NASA’s decision is flawed and misjudged the Blue Origin proposal. “It’s really atypical for NASA to make these kinds of errors,” Mr. Smith said in an interview. “They’re generally quite good at acquisition, especially its flagship missions like returning America to the surface of the moon. We felt that these errors needed to be addressed and remedied.”

What these protests will accomplish only time will tell. Russia is looking to withdraw from the International Space Station in coming years and is solidifying its partnership with China whose space program has come a very long way in a very short time. China has shown it is testing its own version of a heavy rocket that looks incredibly similar to SpaceX’s Starship.

China and Russia have made it publicly known they also intended to establish their own presence on the moon. American and her partners must continue to move forward if they want to solidify its place in future history books. Either way it’s an exciting time to be a space fan. No matter which country does it or if they all do, every accomplishment is a step forward for humanity. But for excitement purposes, the race is on.