The first episode of Star Trek, The Original Series, aired in the US on September 8, 1966. For that reason, the eighth of September has come to be known as Star Trek Day. But the first episode to be aired was The Man Trap, not either of the pilots. Let’s take a look back at the very first pilot, “The Cage.” 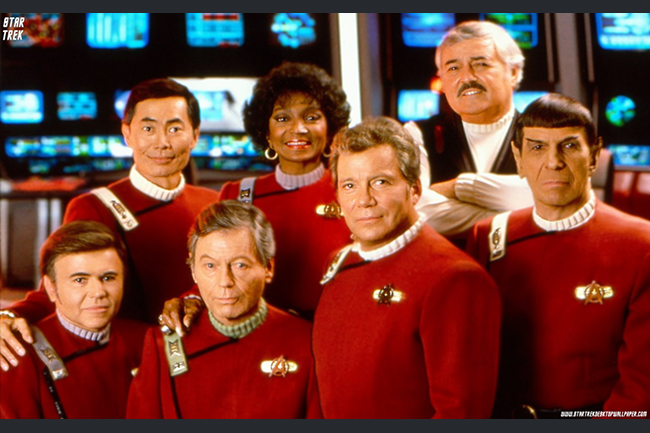 Gene Roddenberry and Herb Solow pitched the series to NBC executives in May, 1964, resulting in network executives agreeing to buy the show. Oscar Katz, President of Desilu, later pitched four different story types to NBC executives: two stories aboard Enterprise, a third on a planet with basically an Earth-type population, and a fourth story type with a planet and population very different from the Earth. NBC executives demanded that the pilot should be the fourth type of story. They gave Gene Roddenberry $20,000 to write three story outlines. Gene came up with outlines for stories that would become “The Return of the Archons,” “Mudd’s Women,” and “The Cage.”

NBC rejected the episode. stating that it was “too cerebral.” They also had an issue with Number One, One version of the story said that the executives disliked having a female first officer on the Bridge, but  Herb Solow and Robert Justman said that the problem was with Majel Barrett’s portrayal of the character, that she did not have the talent to be a series co-star. NBC also disliked most of the other actors, and was concerned with the “overall eroticism” displayed in the episode, specifically “scantily clad green dancing girls with the humps and grinds.” DeForest Kelley told Gene, “Well, I don’t know what the hell it’s all about, but it’s either gonna be the biggest hit or the biggest miss God ever made.” NBC made the rare decision to order a second pilot, which led to the wonderful Star Trek mythology that we know today.

The original full-length color print of “The Cage” was thought to be lost, but in 1987, the missing pieces were located and recombined into the full length pilot, which can now be seen on Paramount+. Speaking of Paramount+, today they are celebrating Star Trek Day! “Tawny Newsome and Paul F. Tomkins host a day of back-to-back cast conversations, special reveals, a tribute to Nichelle Nichols, and so much more.” Don’t miss it!

8 September
1911 – Byron Morrow is born.
1966 – TOS: “The Man Trap” airs in the United States as the Star Trek series premiere. It had aired two days previously in Canada.
1994 – Third day of filming on VOY: “Caretaker“. Geneviève Bujold films her first scenes as “Nicole Janeway”. She would leave the role after a day and half of shooting.

10 September
1914 – Robert Wise is born.
1966 – TV Guide prints a review of the new shows premiering that fall in its weekly issue, among them Star Trek. An overly negative review, it states “the sky’s not the limit for this Trek“. 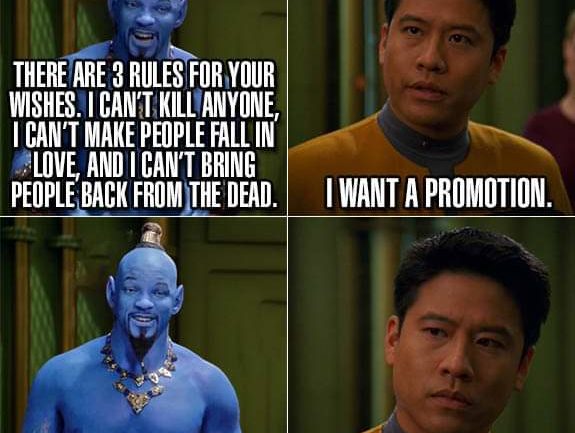